Once the State Theatre has been restored, it will become an artistic and historic attraction for downtown Sioux Falls.

The goal of the State Theatre Board and its staff is to also provide future guests a great, state-of-the-art cinematic experience.

Merging the two objectives in a building that is nearly a century old will require high-quality, carefully installed equipment as well as appreciation for the original design of the building.

Verum Technologies of Harrisburg, S.D. is helping the State Theatre create the great cinematic experience. The company specializes in providing audio, video, lighting other specialized systems for businesses, homes and other facilities.

While contractors such as Journey Construction, Architecture Incorporated and Conrad Schmitt Studios have been working to restore the beauty and functionality of the Theatre, Verum has been getting ready to install the audio-visual equipment, including 75 acoustic panels that with precise images of the underlying artwork on the walls. 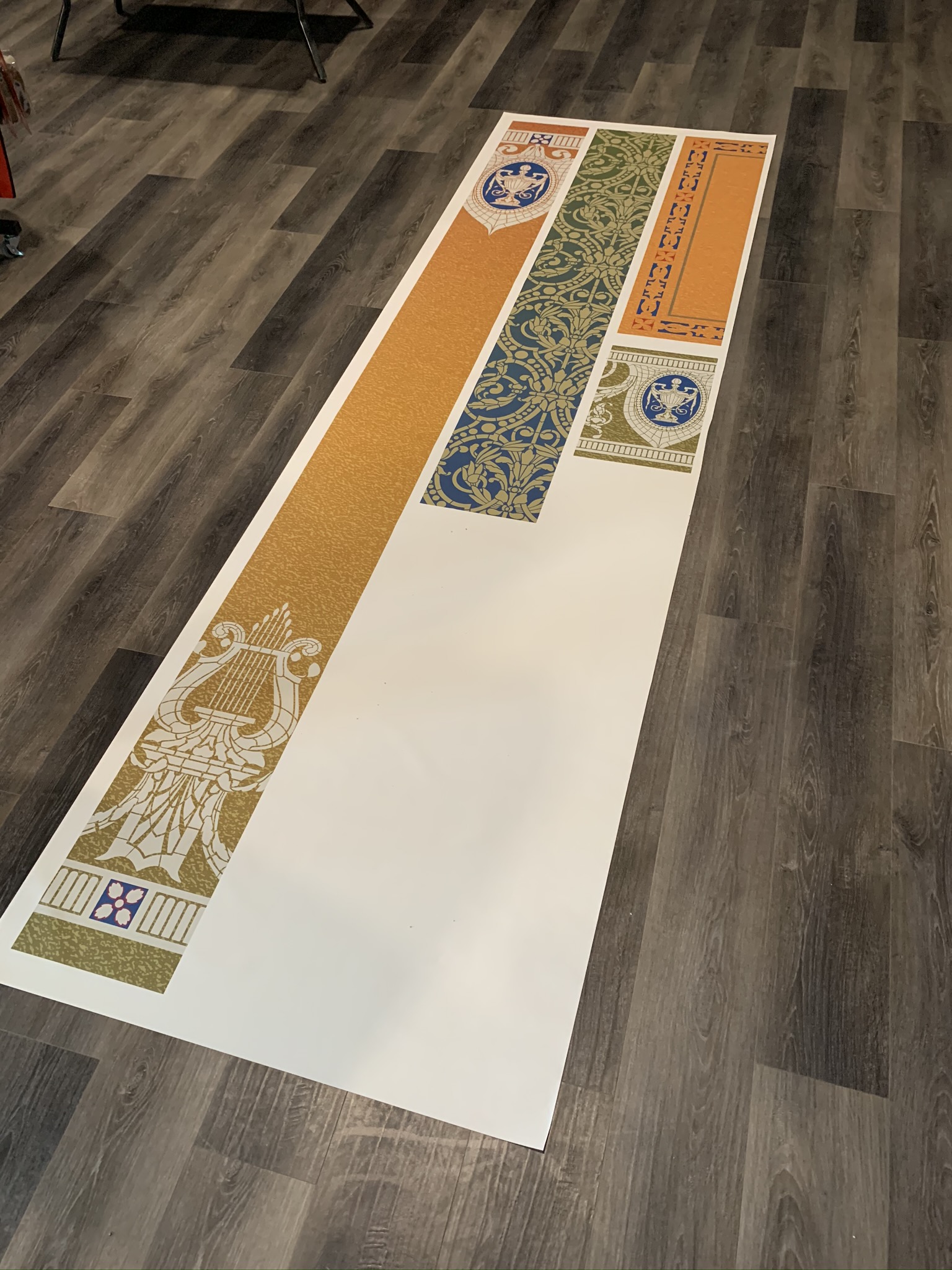 Sample of the replicated wall stencils

“We’ve got an exciting breadth of involvement. Our goal is to make it a cinematic destination,” said Tyler DeNeui, president and CEO of Verum. “Our goal is that when people leave, before they’re out the door, they’re planning their next visit.”

Verum is a small but respected company that took its name from the Latin word for truth. It has eight employees and two decades of experience providing high-tech systems in the region.

Verum was brought into the State Theatre project at the suggestion of Journey, a large, well-established and reputable construction company based in Sioux Falls. Journey has been leading reconstruction efforts on the historic building.

The State opened in 1926 to host vaudeville performances and silent films. It transitioned to showing motion pictures shortly after its original opening and had a good run before closing in 1991.

The first floor auditorium of the Theatre will reopen in 2020 as a luxury movie house that will open to the public. The exact opening date has not been scheduled yet. (Fundraising will continue after the partial opening so that the second and third floors of the building also can be restored for use.)

As part of the initial phase of restoration, Verum is installing 32 high-quality, custom-made speakers from Meyer Sound, a California company that grows its own trees. Barco, a highly regarded European company, will supply a laser projector capable of producing 4K resolution pictures. 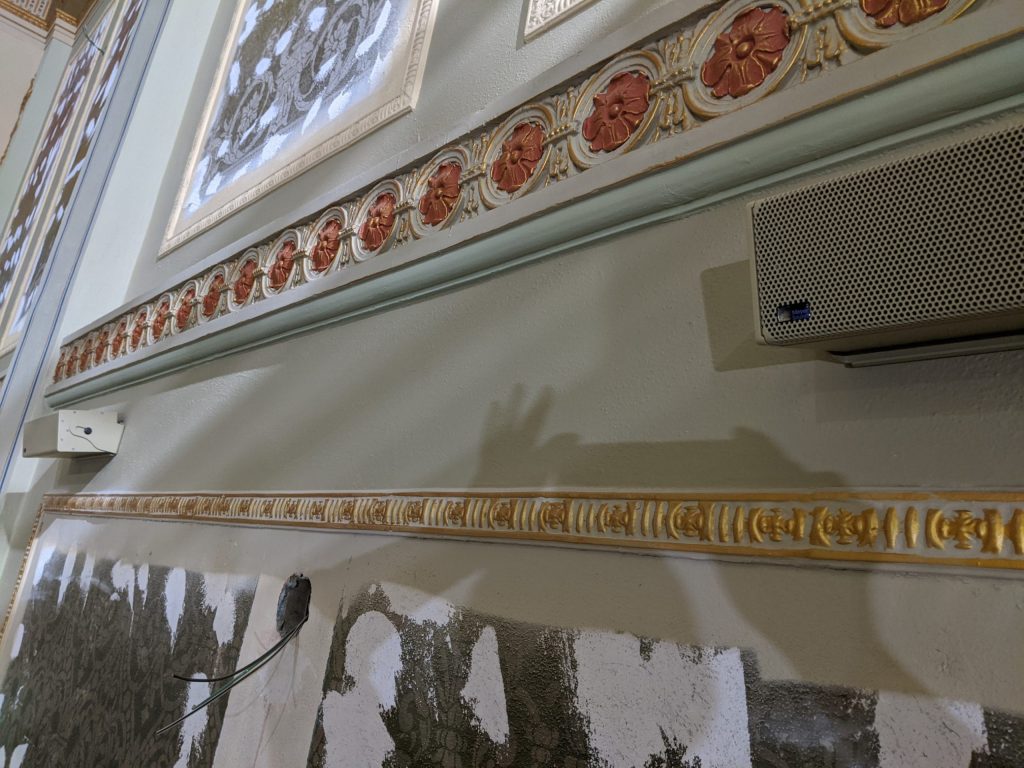 The color accuracy in pictures will be amazing, DeNeui said. The new acoustic panels will deaden echoes so that people sitting in recliners in the audience only hear sounds directed at them from speakers. The system is designed to produce an incomparable sound experience, he said.

Features such as strategically placed lights also will add to movie-goers’ experience, DeNeui said. Together, the new, high-tech features in the State Theatre should create “one heck of an awe factor,” DeNeui said.

There’s also a special, behind-the-scenes feature that should be mentioned. As a gift, Verum is creating custom-made, mobile device that will be designed to control all of the technology in the building. We’re going to hand them a tablet when we’re done, and that will kind of be our gift for letting us be involved in the project,” DeNeui said.