By John Swedeen
Posted March 29, 2017
In Blog posts, Renovation
People have questions about the renovation; we have answers2017-03-292018-09-14https://siouxfallsstatetheatre.org/wp-content/uploads/2020/11/state-theatre-state-black-with-white_png.pngState Theatrehttps://siouxfallsstatetheatre.org/wp-content/uploads/2020/11/state-theatre-state-black-with-white_png.png200px200px
0 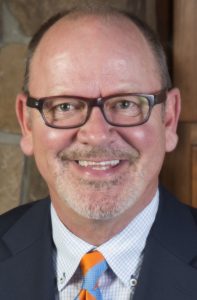 Three questions arise with regularity as Board members and I publicly discuss plans to reopen the historic State Theatre in downtown Sioux Falls.

We answer questions to the best of our ability, and we’re happy to do so. There are no secrets in what we’re doing.

We’re a nonprofit, community-minded organization. Our goal is to restore the grandeur of the State Theatre and reopen it as a multi-faceted entertainment facility that can be used and enjoyed by everyone in the community. In addition to showing movies, the facility is expected to be available on a rental basis for events such as performances, receptions and meetings.

We’ll keep you posted, as best we can, on our progress and try to answer other questions as they arise. In the meantime, thank you for supporting the State Theatre!